Well, this painting is finally finished. Towards the end, although commissioned, it was starting to become a labour of love, no pun intended.

I found myself wondering whether I would finish or fall at the last hurdle. I feel pleased with it, which is dangerous to say, as the image for approval has only just gone to the client, and if it doesn’t match what he had in mind, then I shall be in difficulties. Worst case scenario, it will be rejected, but even then I would find this one useful for the web-site

In terms of technique, there isn’t much to add to the last post. The jets of water were achieved by flicking white gouache onto a blanked off section of the painting. Always a bit hit and miss, but mostly they have worked, and in some cases provided a realistic white mist

Unless I have to make any last-minute adjustments, I should be free to think of something else, for which I have built up a long list. I am at least at the end of my commissioned work ( for which I am truly grateful), and can now think of my next exhibition which is March/ April as I remember. I have paintings ready but will need more, and so we go on.

This was the first of the two paintings which I was hoping to plan together. But it was not to be. As the poet said, or something like, the best laid plans of mice and men go oft awry.

They certainly do. I have done a few sketches of the horse picture, but last Thursday the phone rang and a regular client phoned with a commission for an extremely ornate fountain called the Fountain of Love which is in the grounds of a mansion called Cliveden House in Buckinghamshire

I went to look at it, at the week end and took some reference shots and append one for your interest 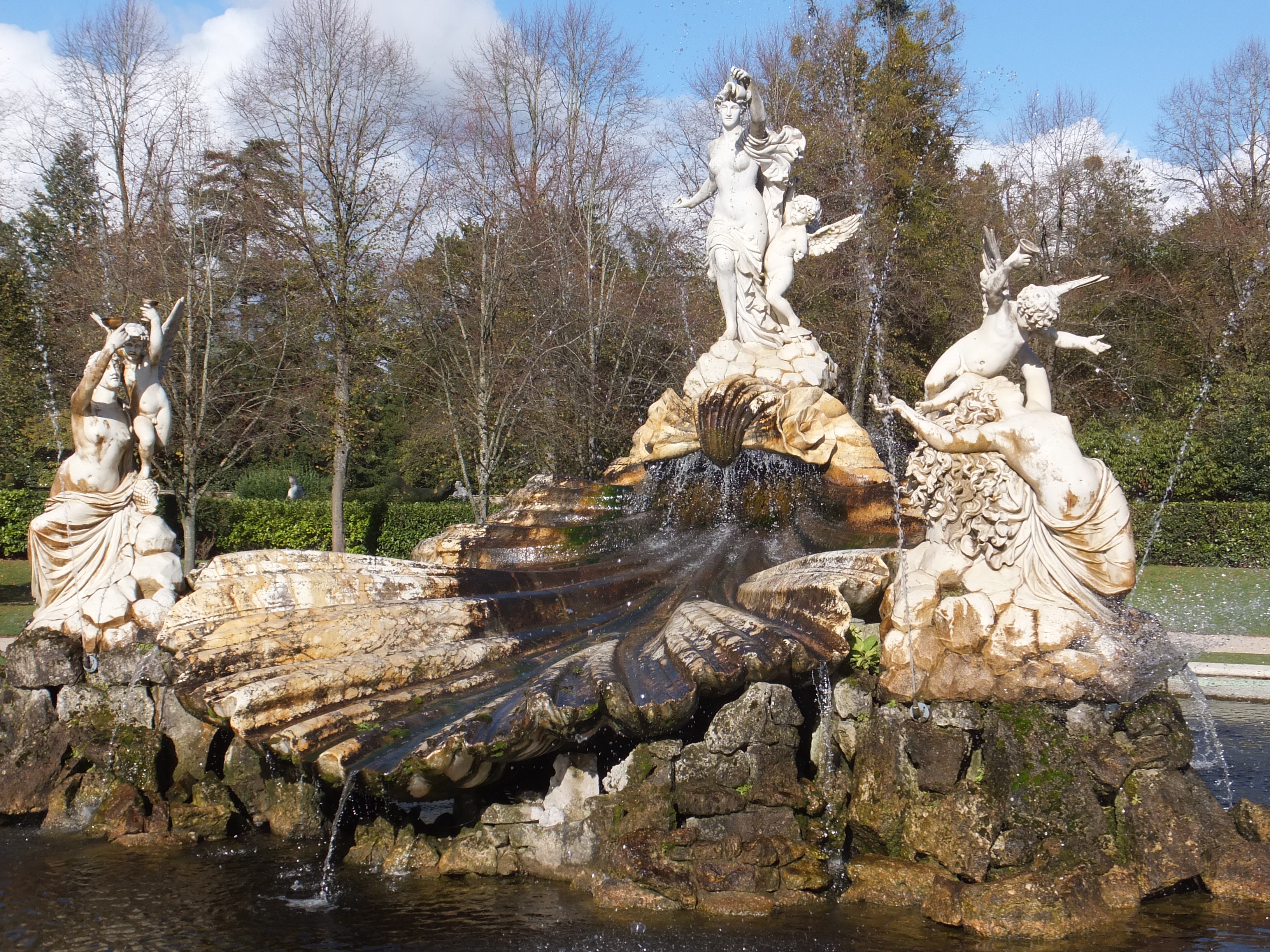 I have just had to arrange a professional copy so that all the detailing is picked out clearly. This will be a test of drawing skill and no mistake. Too late however, as I have said yes.

Cliveden House is now an hotel. It is c18 I believe and is associated over the years with a succession of powerful women. The latest was Nancy Astor, the American heiress who became a Westminster MP, the first woman MP I think, and certainly a forceful lady.

The house is remembered for being the scene of the scandal involving Christine Keeler a model, and John Profumo the then Minister of Defence during the 1960s. She was also having an affair with a Russian diplomat, so the whole thing was considered a threat to national security. Profumo lied to Parliament and the whole thing nearly brought down the MacMillan government

The same day i received another commission to paint a boat in St Katherine’s Dock which might be postponed and give me a breather. Today I received a request to do yet another view of beloved Bosham Harbour and Church

That will teach me to boast about doing two paintings simultaneously.  The gods have a habit of looking down and teaching you a lesson if you appear over-confident. They have, and it serves me right. 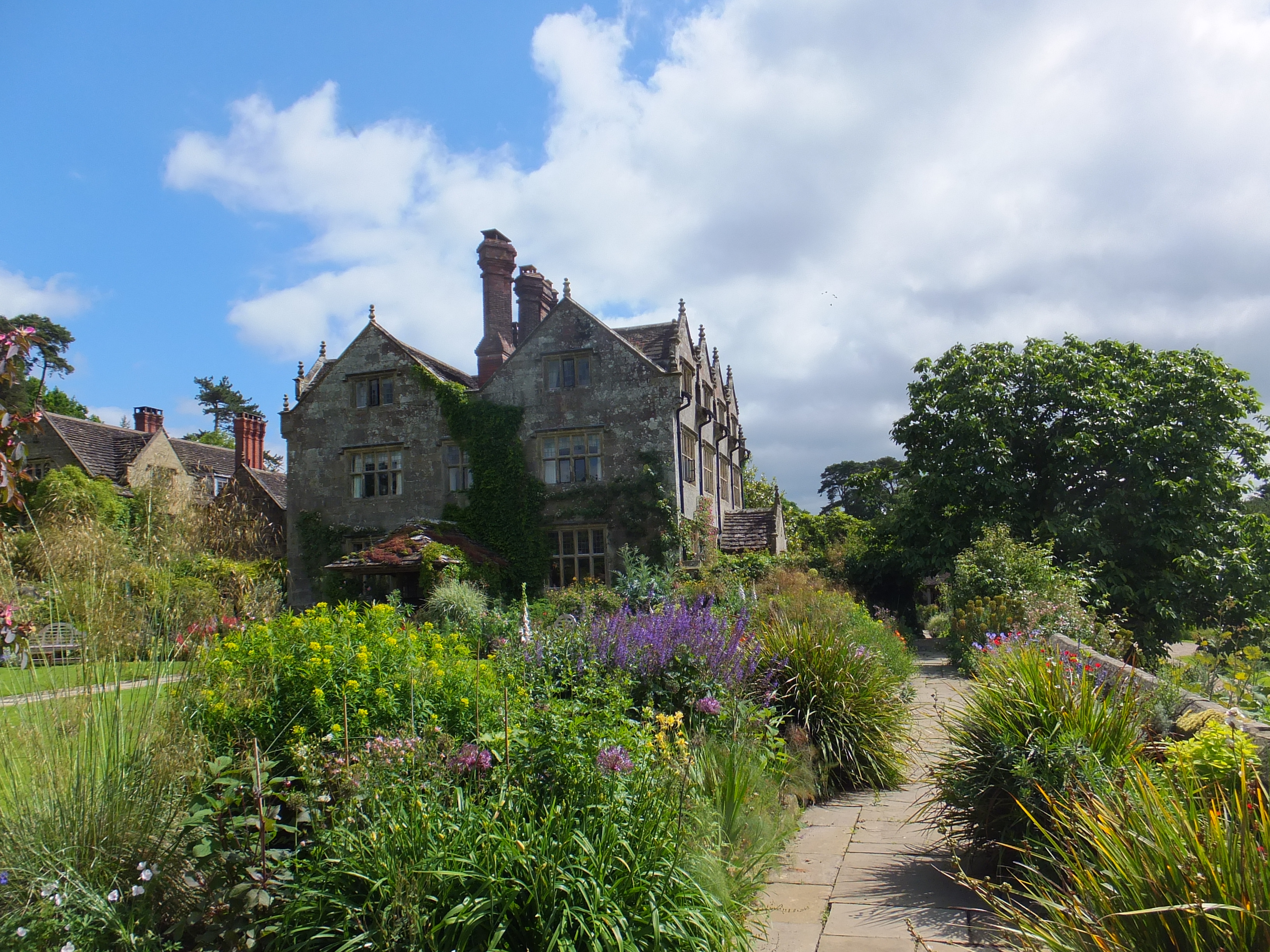 This is Gravetye Manor Hotel which is near East Grinstead in Sussex, UK.

A beautiful old building dating from the c16 set in acres of woodland, which has been converted some years ago to a very luxurious country house hotel. The grounds are awe inspiring. This view is from the Flower Garden, which is one only of 11 separate garden spaces

So I was very pleased and indeed flattered to be commissioned to paint this view of the hotel, on behalf of a delightful couple for whom this hotel has become a special place during a significant time in their lives.

I went there about a month ago, hoping to get a sunny day. I say hoping, because our weather has been so very changeable lately , with sun going in and out of clouds all the time. That is even if one was lucky enough to pick a dry day to start with. I wanted sun and I wanted shadows to make the building look more interesting

This photograph is one of many that I took on the day. The sun came out reluctantly and I got a few shots with shadows cast on the building yet with a few highlights left, on the porch, on the chimneys which were a bit of a nightmare to draw, and also lit the front of the building brilliantly

The interesting part of the composition was the path to the right with the garden gate itself in shadow yet giving onto bright light beyond. Where was that going to? Well, the car park but in artistic terms it could be leading somewhere more romantic

I made some sketches and transferred them onto watercolour paper as a finished drawing, ready to paint which can be the subject of another post

A little bit pale as I tried to avoid dark pencil lines, but the gist of the composition is there