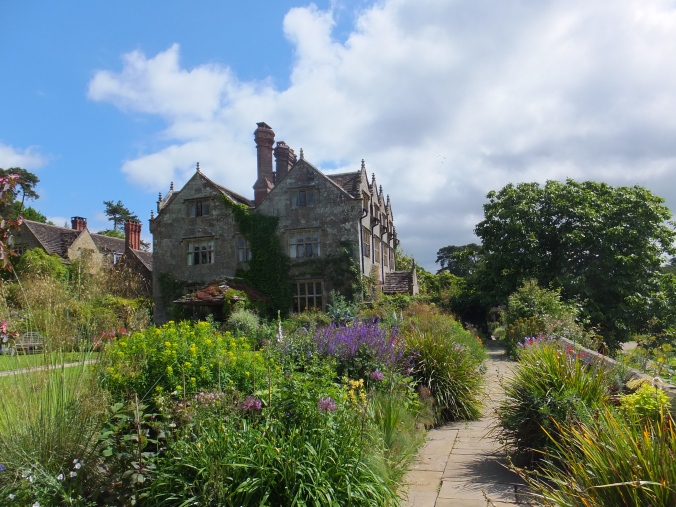 This is Gravetye Manor Hotel which is near East Grinstead in Sussex, UK.

A beautiful old building dating from the c16 set in acres of woodland, which has been converted some years ago to a very luxurious country house hotel. The grounds are awe inspiring. This view is from the Flower Garden, which is one only of 11 separate garden spaces

So I was very pleased and indeed flattered to be commissioned to paint this view of the hotel, on behalf of a delightful couple for whom this hotel has become a special place during a significant time in their lives.

I went there about a month ago, hoping to get a sunny day. I say hoping, because our weather has been so very changeable lately , with sun going in and out of clouds all the time. That is even if one was lucky enough to pick a dry day to start with. I wanted sun and I wanted shadows to make the building look more interesting

This photograph is one of many that I took on the day. The sun came out reluctantly and I got a few shots with shadows cast on the building yet with a few highlights left, on the porch, on the chimneys which were a bit of a nightmare to draw, and also lit the front of the building brilliantly

The interesting part of the composition was the path to the right with the garden gate itself in shadow yet giving onto bright light beyond. Where was that going to? Well, the car park but in artistic terms it could be leading somewhere more romantic

I made some sketches and transferred them onto watercolour paper as a finished drawing, ready to paint which can be the subject of another post 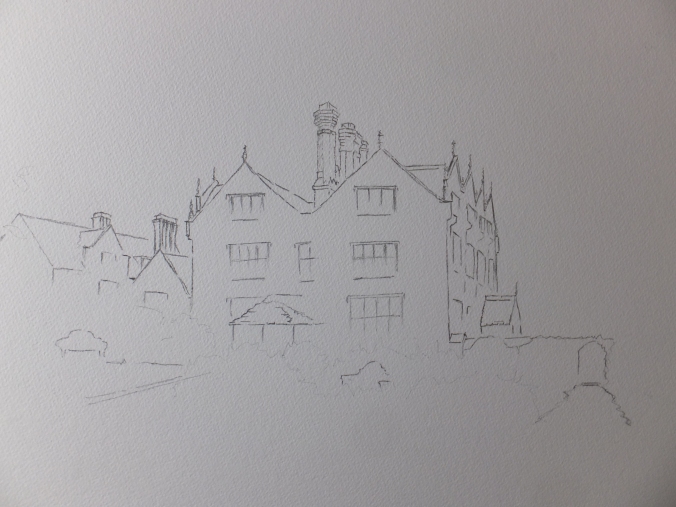 A little bit pale as I tried to avoid dark pencil lines, but the gist of the composition is there

One thought on “Gravetye Manor Hotel in Sussex, UK”