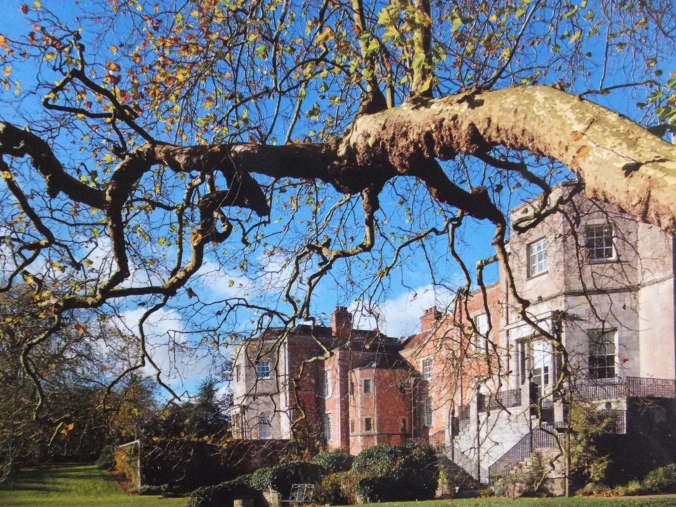 Mottisfont Abbey near Romsey in Hampshire, UK, owned by the National Trust

We were at Mottisfont yesterday to see the roses which are magnificent now. These are grown inside the old walled kitchen garden, which give them a superb backdrop against old brickwork. I took some pictures of specimens, especially blooms which are about to fall, hopefully to do a rose study again. I haven’t done one for a long time. Not just the roses though. We had come to see the art, in the form of the Schlee Collection which is on loan from Southampton Art Gallery until July 3rd

There is an exhibition of the Schlee Collection of drawings and sketches, on loan from Southampton Art Gallery, which lasts until July 3rd. A private collection which was bequeathed to Southampton Art gallery in 2013, which includes work or should I say squiggles, by David Hockney, Henry Moore and Franz Auerbach, plus many others. I would like to say that I was thrilled by them, but I wasn’t. Heavily worked and corrected jottings are not very impressive, even if by one of the great names in British art. I was more pleased to see a drawing by Barbara Hepworth of an operating theatre, placed next to her mentor Henry Moore’s work. The Barbara Hepworth was borrowed from the Derek Hill collection which is in permanent residence at Mottisfont.

Derek Hill was a portrait and landscape painter of note, who became sought-after during the 1960s. From the south of England he moved to the west coast of Ireland and founded the Tory Island School of painting, where he taught the fishermen to paint the wild Irish landscape. He was also an avid collector of modern art, including the post-Impressionists. He was a friend of Maud Russell the last owner of Mottisfont, and bequeathed a portion of his collection there. These are always worth seeing, including many of his own works, time and again.

For me, however, the gem is still the Whistler room. Here we see Rex Whistler’s unfinished murals. Unfinished because he was killed in Normandy in 1944. His trompe l’oeil paint pot and brush high up on the coving below the ceiling, still makes me feel that I want to get a ladder and climb up and get it. I believe several have in the past