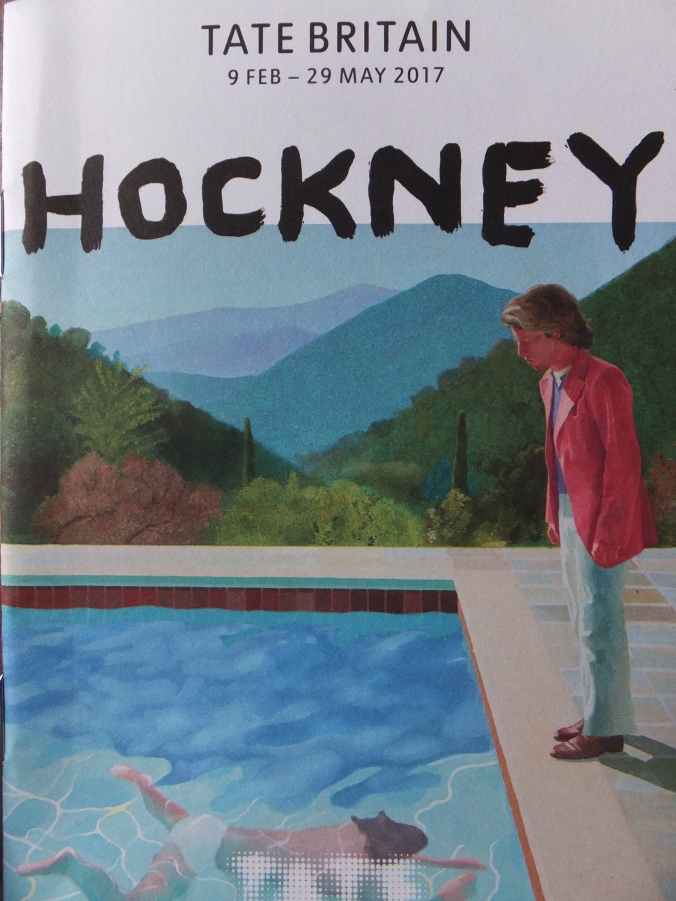 David Hockney is probably one of the most popular and widely recognised living artists of our time. His work spans the last 50 years from his student days, continually reinventing himself

We went there today. We like Tate Britain on a Saturday morning. Thanks to the kindness of the Borough of Kensington and Chelsea you can still park free on a meter on a Saturday. Also no congestion surcharge on a weekend. Anticipating correctly a heavy attendance for this exhibition, Tate Britain has been opening the doors two hours earlier than usual. We were early but not that early. The queues as we drew up looked daunting. This is where the member’s card comes into its own. We swept in effortlessly

Like most people, we have followed Hockney throughout each of his stages. Some of them leave me cold. In his student days he was influenced by Picasso. Everybody copies Picasso at some stage. It is very easy to tire of Picasso

One of my favourite Hockney periods is when he veered towards naturalism. I just like recognisable paintings. He was in Los Angeles for this time in his life, and so lots of swimming pool pictures of athletic young men. I particularly like his double portraits which explores the relationship between the two. Mr and Mrs Clark and Percy 1970 is a favourite. Especially touching is the affectionate portrait of his parents, especially the way they are posed

I remember his work with the Polaroid camera in the 1980s, producing myriads of small images to make up into a collage of quite a large picture. He was dissatisfied with the white border around each small image. I rather like that. The whole composition looked like a ceramic mural.

After many years in America, he moved back to his native Yorkshire, and produced some marvelous work. Massive tableaux of the Yorkshire Wolds. The colours are breathtaking. He moved from paint to video to produce a colossal work entitled The Four Seasons which as the name tells us, was of a single stretch of road in Spring, Summer, Autumn and Winter. Incredibly technical work

I am sorry I have no images. Vigilant attendants quite rightly moved in on me every time I tried to take a photograph discreetly with my phone. His charcoal drawings……….one can go on and on, my eyes ached after two hours. I shall go again

Paintings to Google are My Parents 1977, Mr and Mrs Clarke and Percy 1970,the Road to Thwing 2006, A Closer Winter Tunnel February-March 2006 and of course so many more

See it if you are in London. On until 29th May