This painting is by Robert Bevan 1865-1925, one of the the Camden Art School, painting as the name suggests in North London during the Edwardian period

This painting is entitled Dunns Cottage and was painted in Devon, although Bevan was just as at home painting in London, usually horse fairs and horse drawn vehicles. Bevan studied in Brittany in Pont Aven painting alongside Gauguin, and the influence on this painting is plain to see, large blocks of flat colour and unrealistic shades

Other artists represented at this exhibition are Walter Sickert, sometimes known as the father of them all, Spencer Gore and Ginner

Preparatory drawings of the figures for his famous painting Ennui are also there, a study of tedium and of people trapped in their lives 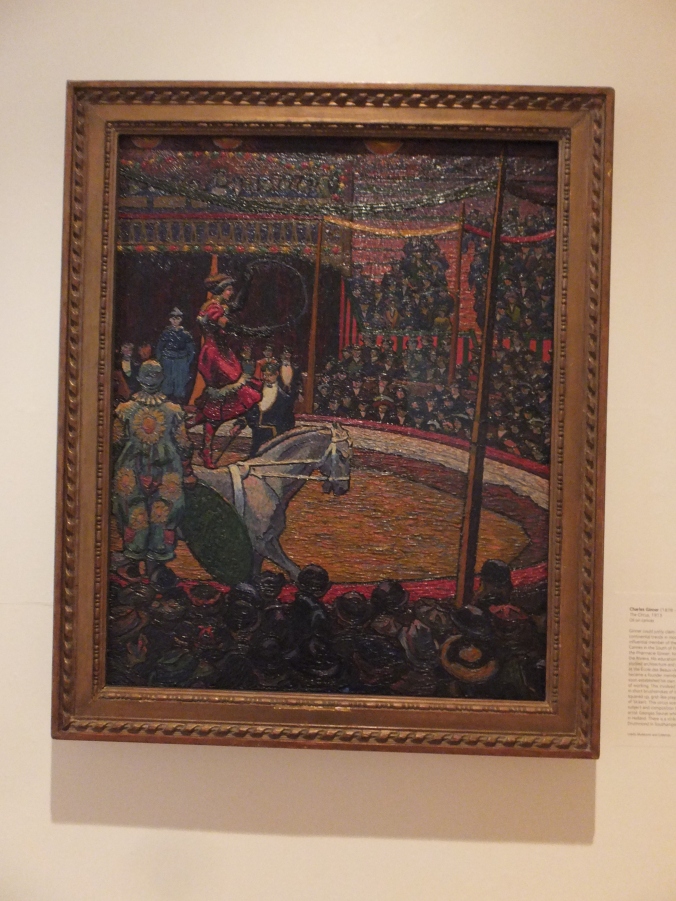 Ginner was born in Cannes of a British father who established the Pharmacie Ginner. His brother was a doctor on the Riviera . Ginner himself studied art at the Ecole des Beaux-Arts and was influenced by the French art of the day. The circus was a favourite subject, and this picture can be compared by one of Seurat, which is in the Kroller Muller Museum in Holland

The quality of exhibitions at the Lightbox continues to improve, and well worth a visit if you are in striking distance. The other exhibition one floor below, on the History of the Comic, extremely informative and comprehensive for those interested in graphic art