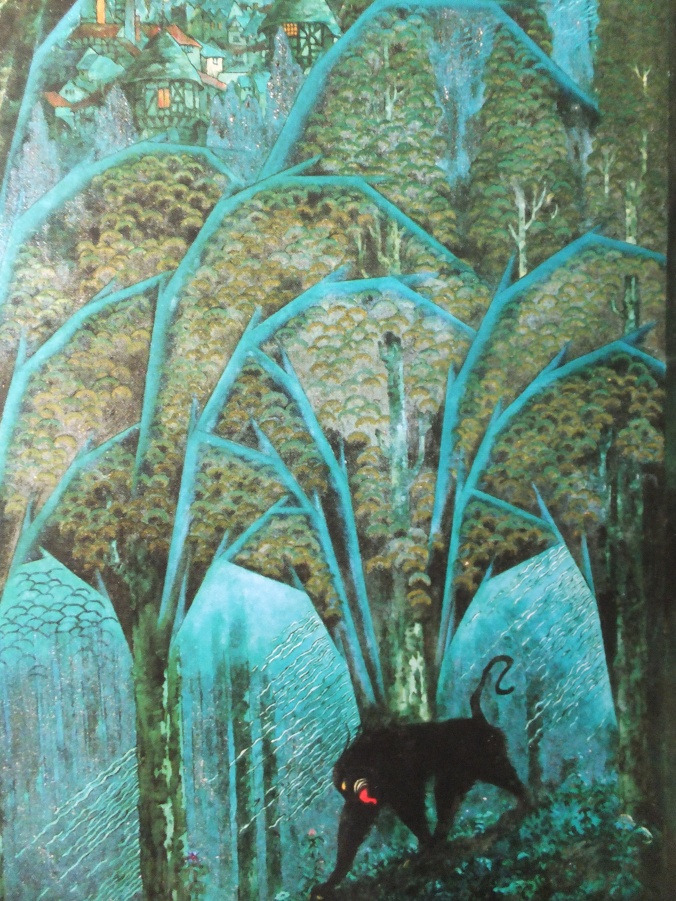 A Wild Creature Stalking The Woods by Sidney Sime

This gem of a gallery existed on my doorstep without my ever hearing about, or seeing it even, despite being just off a busy main road that I use often. The gallery has been there since 1956, opened with proceeds from the sale of Simes’ home in Worplesdon on the death of his widow in 1949. There are approximately 500 catalogued pictures of which 86 are hung and on permanent display. The rest are in cabinets and folders.

We went there recently with a group from Guildford Museum, which was, I have to say, a most enlightening visit.

To say something about the man. Sidney Sime was born in Manchester in 1867. As soon as he was old enough he went to work in the pits and for five years pushed “scoops” of coal along rails through tunnels about 75 centimetres high.

After a succession of jobs including sign-writing which he became successful at, he eventually joined the Liverpool School of Art, part of a network of art colleges stretching down to South Kensington.

His studies complete , he contributed drawings to many well-known magazines, eventually purchasing and editing a magazine himself. Called the Idler, there are copies in the gallery.

He married in 1898. Following a bequest from an uncle in Scotland, the couple settled in Perthshire, where he painted many Scottish landscapes. They felt isolated in Scotland and moved to Worplesdon in Surrey which was accessible to his London studio.

He began to specialise in caricature, drawing local characters in the pub, viewing them in the mirror behind the bar. Many of his most enthusiastic supporters were among the wealthy, and they gave him the stimulus to produce some of his finest pictures. In 1896 he gained membership of the Royal Society of British Artists.

After the Great War, came a prolific period, when he produced much of his visionary work, especially from the Book of Revelation. He staged a well-received exhibition at St.George’s gallery in London in 1924, and another less so in 1927.

Later he was to drift into obscurity, painting for his own pleasure until his death in 1941.