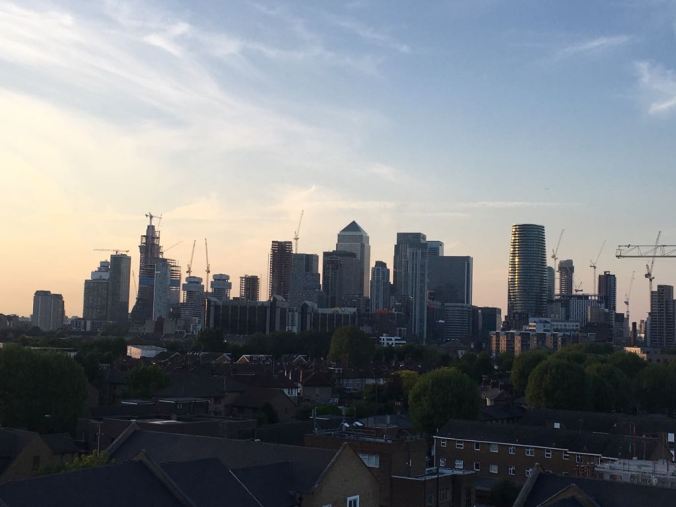 The iconic skyline of Canary Wharf which makes a nice silhouette against an evening sky. The sky has a dull orange glow which should take some pale blue outlines nicely, whilst at the same time, get some orange reflections into some of the windows.

This is only one of the images I have been asked to paint, and then arrange them on one sheet.

Probably one of the more testing commissions that I have been given. This is being commissioned for a work colleague who is returning to his native land in August, so one wants to get it right. Scale and perspective have been abandoned as I try to get everything to fit, but we are moving forward inch by inch

Two of the other images are office blocks, and I have to say that glass and concrete are subjects that I tend to avoid in watercolour. The only saving grace of glass buildings is that they mirror the sky and can appear dramatic. One of them has a tint of green in the glass which makes it more interesting

The pub where they all went has something about it in style, and so,  that I can make something of. The other shot is of the ferry that crosses the Thames from the Docklands Hilton Pier, and of course, anything to do with boats is always a good subject for painting

This has already taken me a long time and will take more. Basically five drawings instead of one, so I should have charged more but never mind

Bosham Harbour goes on hold yet again. Incidentally the lady collected her wedding venue painting and was thrilled with my interpretation, for which I am relieved and delighted. 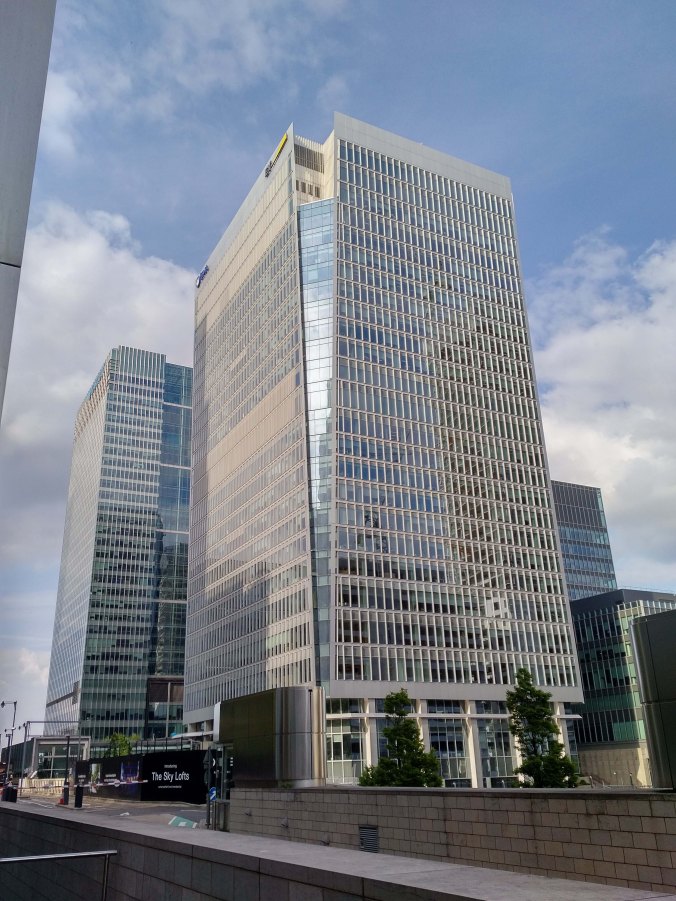